The U.S. Patent Office has blocked access to Robert Lieber’s weaponized patents, even though this patent is out of his normal radar expertise.

They were discovered in well-presented form at the German Patent Office:

Note: The U.S. Patent Office (USPTO) is blocking PUBLIC PAIRS (full record of an application) and even SIMPLE SEARCH access to this Robert Lieber patent.

Here’s the proof that the U.S. Patent Office is blocking access to the Robert Lieber patent: 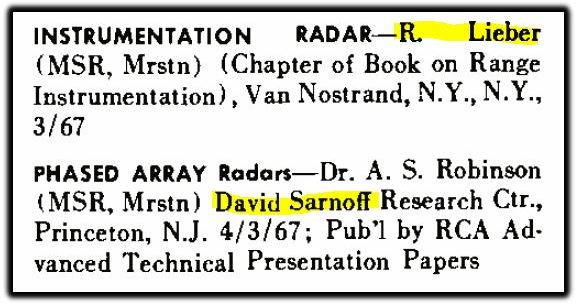 The DAMP project implemented lethal capabilities that “Five Eyes” and their British-American Pilgrims Society handlers, including the Senior Executive Service (SES), have  turned on friend and foe alike. They want one world government and a 90% lower world population. Robert I. Lieber and his son Charles M. Lieber are both a part of this massive conspiracy by the British Empire (via their Pilgrims Society formed in 1902) to take over the world. Charles Lieber never mentions his family heritage. His father Robert was born in Philadelphia on May 06, 1926 to Leo and Sophia (ne Malason) Lieber. Sophia (sometimes Sophie) was Leo’s second wife and Robert appears to be their only child. Leo was age 50 and Sophia was age 37 when Robert was born.

Leo’s first wife, Fannie (ne Cohen) (Robert’s stepmother)  is the person with whom Leo emigrated from Botoșani, Romania on the SMS Fürst Bismarck via Hamburg, Germany, arriving in New York on Mar. 14, 1892. Fannie and Leo had three children with Fannie, namely Evelyn (b. 1903), Sylvan (b. 1908) and Ruth (b. 1911) according to their 1912 Naturalization Certificate. They were identified “Rou. Yiddish” (Romanian, Jewish) for “Place of birth” for himself and his parents on the 1910 Census. Fannie passed away in 1920. On the 1930 Census, widower Leo had married Sophia (m. Jul. 20, 1923), they had a son Robert (Charles’ father). Then oddly, Leo claimed he and his parents were from Russia, not Romania.

Leo was the third child of four brothers and four sisters. His parents were Israel Lieber (1849-1912) and Goldie Lieber (ne Frokler) (1857-1930). His father Israel was born in Austria and moved to Botoshani (also Botshani, Botchani, Botoșani), Romania where all eight children were born, and where the greater Lieber family were candy manufacturing proprietors.

Those are the facts, what is the significance of this evident deception?

Oversight? Hardly, the information was repeated numerous times in each census ledger. As shown above, the census taker crossed out “Romania” for father’s birthplace and overwrote “Russia.”

The strong possibility exists that this 1930 Leo Lieber census record was tampered with later, perhaps while Robert was getting his Top Secret security clearances to work at RCA starting in 1952 (see illustration above).

Why having a Russian father was preferable to a Romanian one is unclear. But, the evidence is overwhelming that Leo was Romanian.

Remarkably, on Robert Lieber’s 1946 Draft Card, he says his father Leo was an “Unemployed veteran.” This is an evident lie. For some reason, Robert besmirched his father Leo’s (Charles’ grandfather) 50-year-long proprietorship as a candy manufacturer: Leo Lieber Confectioner, Philadelphia, PA (“Originator of Crimped Chocolates” — PA Board of Trade, 1920). It appears that Leo may have even lost three fingers on his left hand early in his profession, according to his 1918 Draft Card.

Leo Lieber died on Jun. 08, 1955, here is Leo’s Philadelphia Inquirer Obituary  at age 75 having just retired two years earlier in 1953. Here is Leo’s 1920 PA Board of Trade membership verification as a confectioner/manufacturer of note.

Son Robert and grandson Charles appear to have never talked about Leo, Fannie (wife #1) or Sophia (wife #2, Robert’s mother). And, the one time Robert does identify Leo on his draft card, he lied and hid his father’s life long proprietorship in the candy industry. Even the coroner got it right at Leo’s death in 1955 – ten years later!

With so many question marks in Charles’ family history, neither Charles nor his father Robert should have ever been given top secret clearances, in our opinion. So, why were they?

The Sarnoff Center was donated to SRI International that became SERCO, Inc. in 2008.

This has taken five days to track down!

The obit came through again… one of the few times people tell the truth.

He introduced them to Euro globalists on their airplane hobby trips to Europe.

Charlie NEVER talks about his family, especially his father, or his Romania Eastern European heritage.

Robert Lieber was a spook for RCA, ITT, Cable & Wireless, Navy, Admiralty with the Brits re. building the AEGIS system!

He even has a patent that is being blocked by the USPTO, but found in the German Patent Office!

The RCA AEGIS unit is now run by Lockheed Martin.

Here’s a copy of this “PIGEONS to FACSCIMILE [via Reuters]” article having been extracted from the AFCEA journal Signal – Fred E. Meinholtz. (May 1, 1957). Pigeons to Facscimile. 7 pgs. New York Times, Signal.

Leave a Reply to Our Spirit Cancel reply