Listen to the audio first so that you can hear what the researchers found and can see why the information below is relevant. Dianne Feinstein Behind Foreign Interference in U S Elections

(AUG. 15, 2018)—On Jul. 27, 2018, even left-leaning POLITICO could not ignore this corruption. They disclosed that Sen. Diane Feinstein (CA) had Chinese spies working for her while she oversaw the powerful Senate Judiciary and Intelligence committees, as well as the Democratic Party. Her staffers refused to provide substantive comment.

Fig. 2—Sen. Diane G.B. Feinstein and her husband, venture capitalist Richard C. Blum, hold more than 10% of the stock in AVID Technology, Inc. Such a large holding in a public company gives them effective control of the company since no move would be made by the board of directors without consulting with such a large shareholder. See the Feinstein/2016 Financial Disclosure.

British Privy Counselor Lord Mark Malloch-Brown is a director of Investec Plc which has over 400 subsidiaries spread around the world. One of those companies is ISIS Management Limited. ISIS developed the AVID ISIS System for pushing video files used in newsrooms.

On Sep. 26, 2009, Hillary Clinton and her U.S. State Department started secretly paying Facebook for a “template for election winning.” On Nov. 01, 2016, Hillary, Obama, John Podesta and Robby Mook took a $1.5 billion donation from Google’s Eric Schmidt to implement the U.S. Digital Service run out of the White House.

The software being used by these corruptocrats is Columbus-based innovator Leader Technologies’ invention of social networking that was stolen by their patent attorney, James P. Chandler, III (a Feinstein advisor), and given to the IBM Eclipse Foundation (formed Nov. 29, 2001) for distribution to Silicon Valley companies weaponized by the rogue C.I.A. for mass surveillance and private money-making for the C.I.A. outside the oversight of Congress. Readers should also note that AVID’s “LeaderPlus” product name likely violates Leader Technologies’ trademarks as well. See the Crimeline for more proof of the theft of social networking.

Here is a diagram of the “Internet of Things” election rigging system financed and controlled by Sen. Dianne G.B. Feinstein and her corruptocrat co-conspirators:

Criminal actions by either foreign nationals or affiliated U.S. citizens aimed at influencing U.S. elections would be subject to prosecution under various U.S. statutes.

The Logan Act, for instance, bars any U.S. citizen from interacting with a foreign government to influence policy. But many experts believe this law is overly broad, and there have been no successful prosecutions in its near 220 years. And while the term “collusion” is cited in the context of Russian interference in the 2016 election, collusion itself is only prohibited in the antitrust law arena. For more, see Dan Abrams’ Law & Crime.

Abrams writes: “Six years ago, the U.S. Supreme Court upheld a decision by a U.S. District Court in Washington, D.C., that Congress can ban individuals who lawfully reside in the U.S. and are neither U.S. citizens nor ‘permanent residents’ from making donations or gifts related to any election. In that case, Bluman v. Federal Election Commission, a three-judge panel said the limitation was a legitimate tool for government to prevent ‘foreign influence over U.S. elections.'”

ABSOLUTE PROOF THIS BRAINWASHING SYSTEM IS IN FULL MSM OPERATION 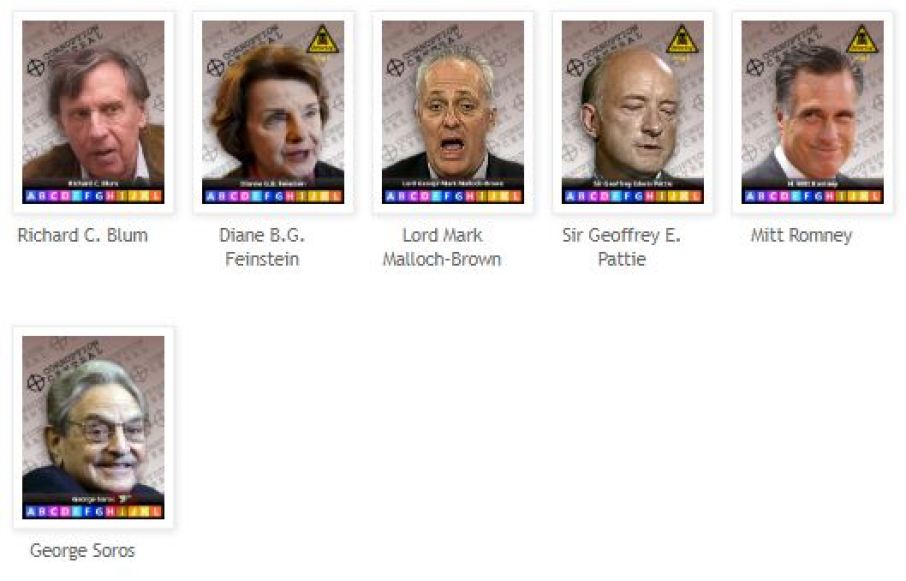 Senator Feinstein is privy to our nation’s most top secrets in her memberships on the Senate Judiciary and Intelligence committees. She and her husband Richard C. Blum have clearly been trading on that information to make her the second richest Senator in Congress at $94 million.

Sen. Feinstein’s collaboration with Privy Counselors Lord Mark Malloch-Brown and Sir Geoffrey Pattie in global MSM brainwashing technology appears to push her over the line into criminality and treason.

We must protect the vote. Now. We cannot allow these criminals to hijack any more elections. Free and fair elections are the property of the citizens in this Republic, not the government. We have gone to sleep. Now that we are awake, we must take action across this country in the coming weeks to protect the 2018 midterm elections.

In addition, God-fearing citizens of the United States and the world must call upon President Trump and loyal American leaders to defund the feeder systems used by these SES corruptocrats.

Ask President Trump to write the check to Leader Technologies for their Miller Act Notice so they can help implement new technologies that respect Constitutional privacy and property and help implement a truly Free Press.

Mr. President, please pull the plug on these corruptocrats and their illegal funding streams. Since they are all based on fake values, no real services will be affected.

In addition, write the Miller Act Notice check to Leader Technologies for 18 years of unpaid use of their revolutionary social networking invention—which these Privy Council criminals have hijacked with the SES to takedown the American Republic.  This will generate new cash streams to free up our economy from the globalist stranglehold.  This will also empower Leader Technologies and other actually creative people in America to fix our foundering ship of state.  See Leader Technologies files trillion dollar bond lien on the U.S. Government.

In addition, Leader shareholders have proposed a win-win solution to the collapse of the American Free Press, as well a large new revenue source without raising taxes. Leader principals are willing to funnel these payments back into establishing a truly Free Press. See Leader proposes trillion dollar fed revenue while lowering taxes.