Trump legal advisor: Impeachment was ‘literally a battle between good vs. evil’

Jon Voight – The Glory Of A Nation

“Red-faced Iowa Democrats have zeroed in on a new culprit for the botched caucuses that may cost the Hawkeye State its time-honored role as the kickoff to presidential races. After first blaming an app for the inability to declare Monday night, a problem that still lingers even as frustrated candidates have packed up and moved on to New Hampshire for the nation’s first primary, the state party is blaming the president’s supporters.”

Attorney: FBI had been lying about the murder of Seth Rich

Read the transcript of the speech.

Pete the Marxist is also a Rhodes Scholar, trained in the globalist Cecil Rhodes tradition of British imperial rule over the planet.

MARXISM is an emulation of MONARCHY

Exchange Casinos Control Practically Everything You Own

Christopher also dropped us this note:

The transformation of the republic still has yet to be addressed by the nuevo rich DJT  blue collar potus in that DJT has to dismantle the unconstitutional fourth branch of gov SENIOR EXECUTIVE SERVICE  and SIS five eyes corruption that ran the coup, and in which no one has yet to be punished even of the 18 house impeachment witnesses of which Atkinson testimony was withheld  with impunity.
None of us are safe until the SES / SIS remains in control of policy making for foreign oligarchs. https://en.wikipedia.org/wiki/United_States_Civil_Service_Commission

Calling on all patriots to take action. Whatever your talents and resources are, use them! No time to sit on the sidelines in these historic times. Senator Scott is using his resources for the legislation below. You heard Christopher Strunk talk about his citizen law suits. What can you do?

Use your skills, talents, abilities, and resources to help restore the Republic. We all can’t be a Donald J. Trump…but we can all contribute to the great American Renaissance that is unfolding before our very eyes. Jump in and do it for the story, patriots.

This book scheme is simply a way for DC Swamp Rats to get corporate political bribes legally via money laundered through publishing houses.

Here’s another example of a patriot warrior using his talents and resources to take down the criminals.  Attorney: FBI had been lying about the murder of Seth Rich

We took action….you can do the same. Citizens have power.

When we first started the American Intelligence Media, we filed a complaint against David Brock’s non-profits for tax fraud. We gave the IRS extensive records, more than 300 pages, all of which were available from public filings of these so-called ‘non-profits’. We received two notices that our materials were received with a whistleblower complaint number. We filed in 2017 and received this letter and we will continue to remind this audience that to-date, for a period of time exceeding three years, the IRS SES goons have still not addressed this fraud:

Senator Mike Johnson is an Information Warrior with this great meme. Make sure to give it some push love.

Another way you can get involved is by running for public office. We need patriots who understand the Constitution – at all levels of government. We won’t be paying you like a George Soros pays his political stooges. You will need to use your own will force to decide to make a difference. Don Bolduc, a former brigadier general is running for the New Hampshire senate seat in 2020. We haven’t vetted his politics so this is not an endorsement for his candidacy. This is a shout out that Bolduc is stepping up and putting New Hampshire in play for an all-red 2020.

Shout out to the patriot tech warriors who made sure that the George Soros Shadow app used in the Iowa caucus was a flop. Over the last few years we have shown you how the globalists rig elections in cyber space.

Tech patriot warriors are using their talents and skills to protect the integrity and security of our elections. The space is ripe for disruption and innovation. Be an entrepreneur patriot warrior.

Please watch this mad scientist here talking so cavalier about manipulating
the brain (he says on the battlefield, but don’t let them lie to you, they secretly
manipulate civilians as they see fit with impunity!!)

Nancy Has Spoken. This video may run a little long – enjoy it as long as you get a chuckle.

READ: Key section judiciary hearing @RepRatcliffe that IG Report/DOJ/FISA court “..acknowledge that this was illegal surveillance with respect to at least several of these FISA applications because there was no probable cause or proper predication. Correct? “ Wray “Right” #Durham

No probable cause or proper predication? In other words….

NEXT TRUMP RALLY. SHOW PRESIDENT TRUMP AND PATRIOTS EVERYWHERE THAT YOU SUPPORT BIG BOLD ACTION IN CLEANING THE SWAMP.

Catturd’s out of the bag. Meow

About 115 colleges got monetary gifts, contracts or both from sources in mainland China in the six and a half years through June, according to a Bloomberg analysis of U.S. government data. The leader was Harvard University, which pulled in $93.7 million, the majority as gifts. The University of Southern California and University of Pennsylvania were second and third.

And Harvard’s Chair of Chemistry was just indicted for lying about his contracts with Wuhan University of Technology to built a nano science research lab in Wuhan, a few miles from the Wuhan Virology Institute. Two other Boston area Chinese nationals were also indicted. One for smuggling biological material.

Yes, we see all the drama and propaganda swirling around the FALSE FLAG HOAX called coronavirus. We are still unmoved by the Pilgrims Society’s attempt to vaccinate us with their their Bill Gates and globalist eugenic poisons. If you get the flu, treat it…but be very wary of uninformed, brainwashed doctors and medical staff with injection needles.

If you made it this far in today’s Cat Report…congratulations. You deserve some rip-roaring fun. Let’s make comedy hilarious again! The Gift Basket | Gabriel Iglesias

Y’all keep Rush in your prayers.

“He [Harry Wellcome] developed lightweight medicine chests and gave them to explorers such [as] Bleriot, Lindbergh, and Henry Stanley…” 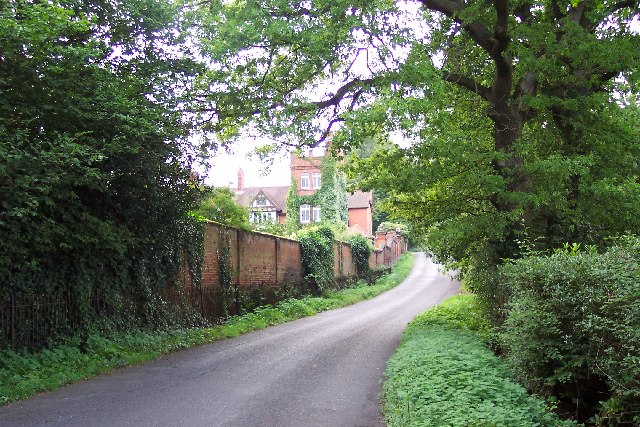 Stanley’s hidden agenda was the imperial expansion of the British Empire via the British East India Company, as well as to collect bio information from Africa for poisons and cures.

Who is Cobbert Hill Earth Station

Cobbett Hill Earthstation Ltd is the owner & operator of one of the UK’s leading independent Teleport facilities. It offers an extensive range of satellite communication services to the corporate, media, maritime, NGO, military and government sectors.

Focused primarily on the provision of C-band and Ku-band services (though approval for Ka and X-band servicesare in place), Cobbett Hill has a reputation for the design & bespoke building of end-to-end satellite communication solutions and unparalleled support services.

The Teleport is located near Guildford, 30 miles south west of London in the UK. The facility covers approx. 7 acres on a larger site of 187 acres and currently houses c. 50 antennae. A new Network Operations Centre was recently constructed and planning has been approved for a 100% increase in office space and technical centre.

The location of the Teleport provides exceptional arcs of visibility to the South, East & West and provides potential to access up to 150 geostationary satellites.