“When interest rates go to zero, the Fed will become irrelevant. When the price of oil drops to a low point, the petro-dollar will become irrelevant. Both will be replaced. Your Federal Reserve Notes will be traded in for new interest-free Treasury Dollars owned by the government and no longer by the Rothschild bankers.” SOURCE

Every day the headlines get scarier and scream louder as more people aren’t paying attention to their desperate drama. AIM cats are chilling because we know it’s fake news propaganda and we know their dirty little secrets over there at Pirbright Institute and QinetiQ.

Just because the propaganda media isn’t reporting this, doesn’t mean it is not a fact. We have shown you with thousands of pieces of evidence that the British Imperial Empire and the Pilgrims Society are running roughshod over the entire planet.

Folks, it’s time to put these dogs down. Permanently.

How many millions of citizens have they murdered in your country? We fought their wars which were started by tricking us with their false flags – from Pearl Harbor to the Gulf of Tonkin to the Twin Towers. They send their operatives into unsuspecting countries with wee little death boxes, poison vaccines and a genocide agenda. They rape and pillage your country’s resources, traffic human beings, control the money and banks.

Folks, these people are EVIL in the worst kind of way.

How many African families must be murdered to satiate the blood thirst of Queen Elizabeth and her pedophile sons?

Citizens around the world are fighting to save the planet from the evil Queen and her Privy Council operatives. These people FAILED their attempt to OVERTHROW Donald J. Trump and take down America.

We saved this portion as a microblog and added a video to the bottom. Please share in your network. Queen Elizabeth – Enemy #1 of Humanity

We are still banned from Vimeo where our videos are hiding behind a Vimeo censorship wall so that patriots cannot discover truth: https://vimeo.com/user34991499

New border wall blocks 90% of illegal crossings, up from just 10%

Now that we have neutralized the enemy with truth at the American Intelligence Media and Americans for Innovation, we need to gather momentum and grow our movement. Next operation is going to be so much fun you won’t believe you are actually “fighting” to restore the Republic.

We call it Operation: Trump Fangirl.

To get started, please watch the video below so that everyone knows what a fangirl is. Watch it until the end.

For the love of fangirls | Yve Blake

Confession. Like most of you patriot ladies, Tyla is a Trump fangirl. She has loved him since he came down the elevator with his super smart and beautiful partner, Melania. Every day women all around the world fall deeper in love with this historic leader who is leading America to greatness, keeping our families safe, and providing an environment of prosperity and peace.

Let’s show our appreciation for everything that he, Melania, and his family have experienced during this 3 year+ overthrow attempt by unleashing the Trump fangirls in each of us. Let’s show other girls, teens, women how much fun it is to be a fangirl – a Trump fangirl.

Imagine women at the next Trump Rally dressed to the hilt (not Hilton) in Trump glitter and glamor, while squealing like Beatles fans in the 60s. We ask our older lady patriots to set the example. Be the courageous lady pede to put your best fangirl foot forward.

1964 Girls Screaming for The Beatles

It’s a worldwide phenomenon with girls and women.

It is so much fun to be energized and enthusiastic like these young women.

Here are some Trump fangirls – the Deplorable Choir

You will have fun meeting other Trump fangirls and being a part of spontaneous and planned events. Meet up at the rallies or cheer at the mall. Fangirls come in all ages and usually draw in the men, too.

Fangirls will energize Trump rallies, inside and out. When the Gospel and country music groups show up to entertain the crowds, Trump fangirls gather to dance and cheer.

Fangirls are really good at social media so we expect to see lots of videos, tweets, music, and pictures. Please send them to us for posting.

Real men love to hear women squeal with excitement and they will be happy to help President Trump make us squeal even more after an exciting Trump event. (wink) 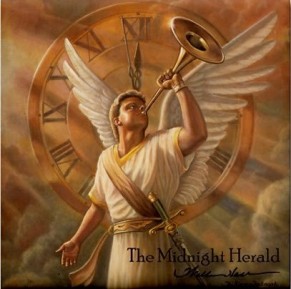 We will be Trump cheerleaders at every rally. It’s a big party and Trump fangirls keep the party going.

Have you ever known a fangirl who couldn’t party?

We call ourselves the Trumpettes and pledge to keep the troops energized through election day. Of course, we women have been entertaining troops for a long time.

It’s an historic thing for women to cheer their men into battle, sports…and, yes, even the bedroom. Team Trump 2020 wins with its cheerleaders!

But the best….is what it will do to the Democrats and the media enemies. They will go absolutely berserk! Recall when they said we were a cult. We laughed and said, yeah – Cult 45.

They thought this would shame us and that we would stop. Don’t they understand? The very nature of a trumpet, a trumpette, is to sound the heavenly note that brings humanity back into the harmony of the spheres, a place of transparency and truth, righteousness and consciousness, the Word of God. .

Information warriors: Get serious and make this happen. We welcome women from around the world to join us because our big plan is to use Donald Trump’s platform to usher in world peace and prosperity for all of us. Ladies, let’s show the boys how to win the Great Information War.

Coronavirus was planned – A Synopsis of devilish coincidences

The interview starts at 2:48. Consider that Lokhova is a British citizen, formerly from Russia, who attended the infamous globalist incubation center – Cambridge University.

“Stefan Halper is a rat&ucker and a spy who embroiled an innocent woman in a conspiracy to undo the 2016 Presidential election and topple the President of the United States of America”.  Listen to Svetlana Lokhova

Walk Away From Money – Dave Chappelle

We are adding our recordings since November 2019 back into the blog. Please use this link to download, share, and preserve. This is history that the Pilgrims Society will never put in their propaganda textbooks or allow to be told on their propaganda media sites. https://archive.is/wip/wAvji

This audio was originally uploaded to Vimeo on November 16, 2019. It was censored and banned – which tells you that the globalists do not want you to have this important information.