It is very hard and expensive to live in New York. Governor Andrew Cuomo uses his Attorney General as a bludgeoning tool for his own purposes. They sue on everything, always in search of a crime. I even got sued on a Foundation which took Zero rent & expenses & gave away…

….New York businesses in search of anything at all they can find to make me look as bad as possible. So, on top of ridiculously high taxes, my children and companies are spending a fortune on lawyers. No wonder people and businesses are fleeing New York in record numbers!

#AmericaFirst – @TomFitton: We have new information that they were personally under-classifying Clinton’s emails to protect her from criminal prosecution. The cover-up is immense and the Attorney General needs to focus personally on this. #MAGA #Dobbs pic.twitter.com/9es26asnBK 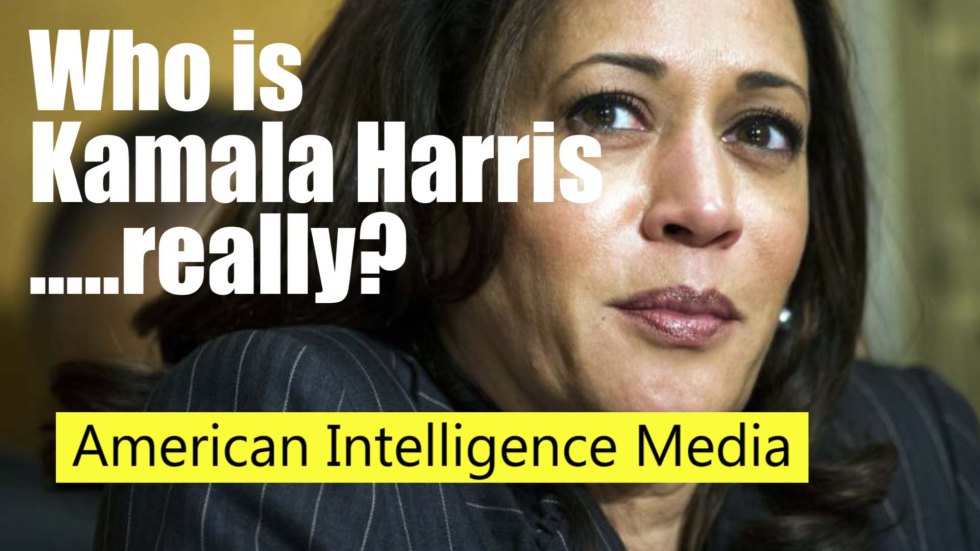 This video only available on YouTube. New YT rules keep us from embedding this video because of the music which is paid for by permitting ads on the video. Make sure to get this hilarious meme video into your circle of influence. Remember, you can upload and post on your own YT channel.

Not Black. Not Eligible. Kamala Harris is a Fraud.

Congressman Jordan interrogating Peter Strzok’s boss, who was in London the day Downer was spying on me. Here he is refusing to answer whether he met CIA asset, Joseph Mifsud when he was in London out of respect for “foreign government equities.” Game over for the deep state.

Memester goes to the White House.

The Next Influx: The Entire World’s Poor and Dispossessed

@TomFitton: “Cheryl Mills knew about the Clinton email setup. Judge Lamberth said he was dumbfounded that Mills was given immunity and allowed to accompany Clinton to her FBI interview. Why was Mills, a witness, allowed to come into the interview as Hillary Clinton’s lawyer?” https://t.co/29c1QLfmgQ

Ben Carson Slams Abortion: It Has “Perverted the Bond Between Mother and Child Into Something Evil”

I’m reading through the list of millionaires / billionaires that endorsed the Sanders campaign last time.

“This footage of presidential contender Tulsi Gabbard appears to show a small blemish on her chin–a pimple or bug bite, perhaps–that suddenly disappears as she’s talking. Conspiracy theorists suggest MSNBC (producers of the footage) added the pimple to make her look bad. But it’s obviously more likely that they were using filters to smooth out everyone’s meat on a live broadcast (see below) with limited time for makeup, and the pimple got through for a few seconds.”  Source.

From AIM Patriot Grampa who added his own flair to this meme.

After a recent broadcast of yours, I wrote a long message for the president but the form at https://www.whitehouse.gov/contact/ had a much shorter limit, so I cut it down and submitted it today:

I watch from England, enthralled by the progress of yourself and your team as you systematically destroy the “old guard” of deep state, banks, and others. I thank you for your leadership.

I write specifically with reference to your EO 13874. Without seeming to be rude, I wonder what advice you are receiving regarding science and the agricultural industry? If I read it right, your EO says (and I paraphrase) “promote [genetic] innovation; promote public engagement through to acceptance; streamline domestic regulation; push US products throughout the world,” all the while riding upon the assumption that genetic engineering is good and provides ‘benefits’ (your word).

After decades of experience, there is a MASSIVE body of empirical evidence to the contrary. The benefits are corporate, not human; the supposed productivity benefits have not manifested; the nutritional effects are all negative; the pesticide & fertiliser industries grow by association, while the medical establishment reaps the benefits of the illnesses sown by this agricultural short-sightedness. Nutrition IS the key and is destroyed by pesticides, herbicides, fertilisers. After aeons in nature, how could mankind claim to have the skills to “make [nature] better”? Soil health is promoted by natural grazing, animal health by allowing natural behaviour and ranging, human health by nutrition.

My fundamental questions are these:
Are your advisors just corporate ‘experts’ with careers in these industries and posts in regulatory authorities?
Are the benefits claimed by scientific publications based upon true science, or has the piper called the tune?

The Deep State is deeply embedded in these businesses and I struggle to understand why you appear to favour them. Neither Europe nor Russia allows GMOs & TRUE organic movements are growing globally.

You are an astute businessman and have surprised us in the past. I really hope that this EO is another step in your greater plan for HUMANITY.

Who on his staff is giving him such poor advice on vaccinations, chemtrails, GMOs, and 5G? Make sure to educate and enlighten your audience on these life-death matters. Just because there are idiots and globalists advising our president, doesn’t mean that patriots have to agree to these measures. SPEAK UP!

And while you are at it, make sure no one in your network gives 2020 campaign contributions to the Republican National Committee. This group is run by globalists and Republicans Against Trump (RATS) that will use your money to put run more globalist puppets.

We advocate that you give to http://www.donaldjtrump.com and to the MAGA Republican candidates of your choice directly. We must kill the old RNC so that our new MAGA KAG party can lead the way of our American Rennaissance. Politicians like Mr. China Chao McConnell and Soros-pal Mitt Romney must be our history, not our future.

Hollywood Superstar Claims Victim of Pedophilia, Molested While Working For Disney As Child

And now some items from the Conclave for the intelligence hunters and gatherers in our audience:

Basically, we have found much historic evidence that IBM is a Nazi collaborator and has been since WWII. They are still involved with Five Eyes to overthrow America. And you thought it was just a business machine company? Remember this all ties into the IBM Eclipse Foundation and government theft of Leader Technologies’ social media technology, headed up by government operatives like James P. Chandler and the players on the Highland Forum.

Friedman met with “Freeborn on IBM”

This is more proof that the “COLOSSUS” creation at Bletchley was fake, and was a codename for IBM and the British invented nothing. Welchman (See Fig. 17) went to MIT, then helped found MITRE CORP who advised Obama on his WH Technology Council. Indeed, IBM was funding and supporting both sides in WWII.

The same spies grabbing German cryptology intellectual property and personnel in OPERATION TICOM (aka Paperclip) were the same spies who created “Five Eyes” and agreed to give all or most all American communications to the British.